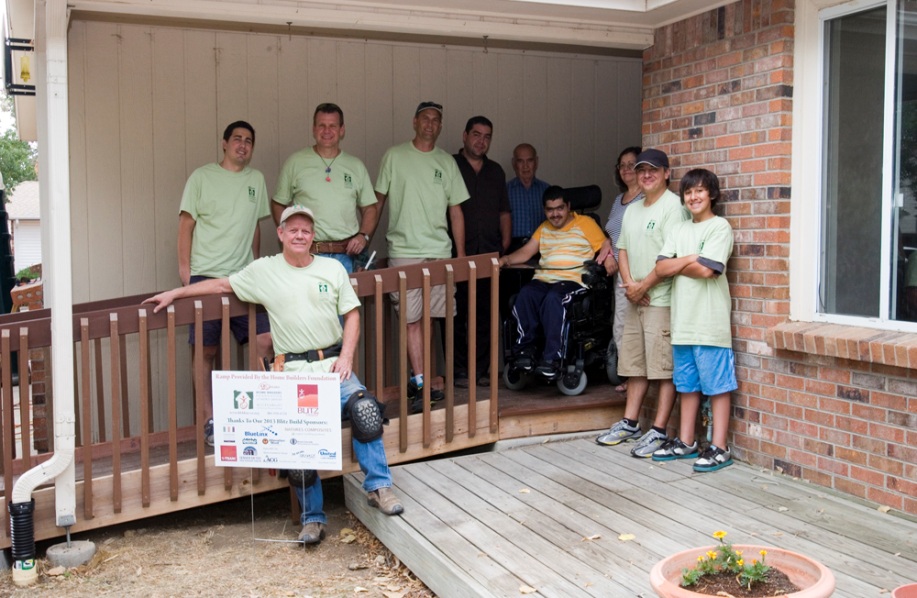 Nima is a 25 year old with cerebral palsy. While in a wheelchair, he was having difficulty navigating the carpeting in his home and did not have access to his his bathroom. In addition, he could not enter and exit him home due to a step outside the front door. The HBF was able to assist by replacing the carpeting with hard flooring, remodeling his bathroom to accommodate his wheelchair and building a ramp into his home. The estimated retail value for this project was $12,000, but with the help of Project Captain Shea Homes and support from CCD Interiors, Van Dyk Construction, C&T Plumbing, Chase Enterprises, Kwal Paint, 2013 Blitz Build Sponsor, Bryce Thompson and Accessible Systems, the HBF spent less than half that amount to complete these remodels. And, as always, there was no cost to the recipient.